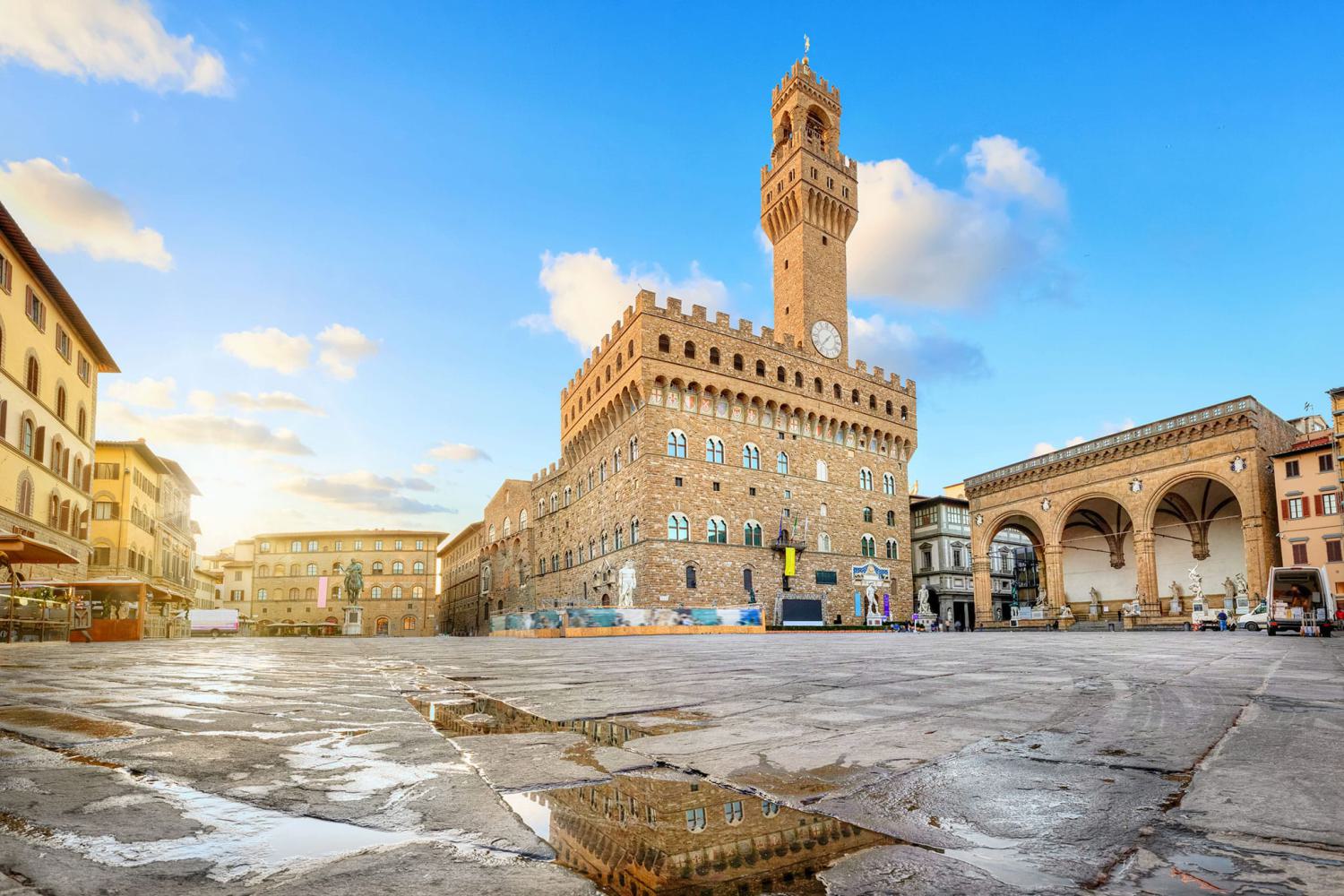 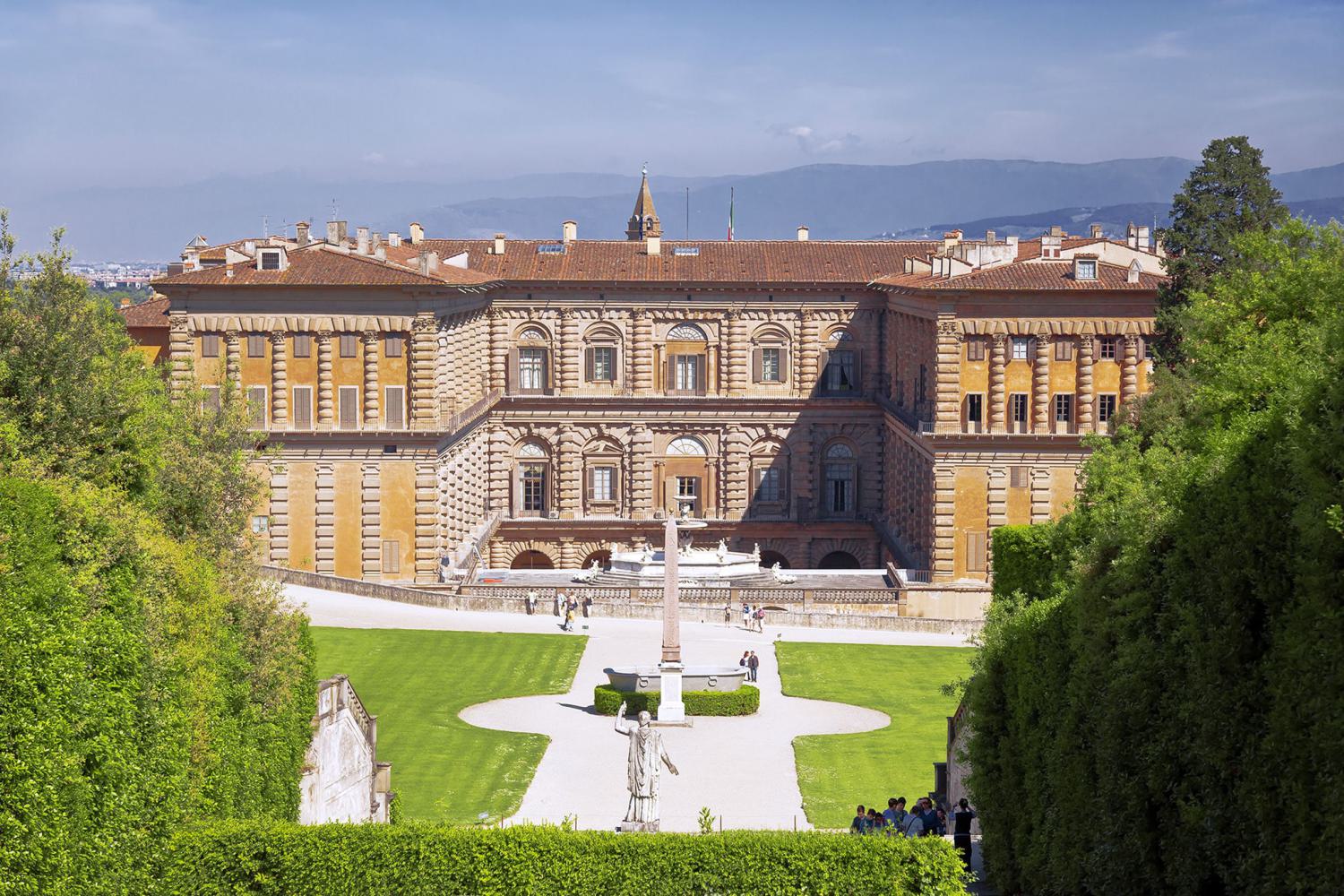 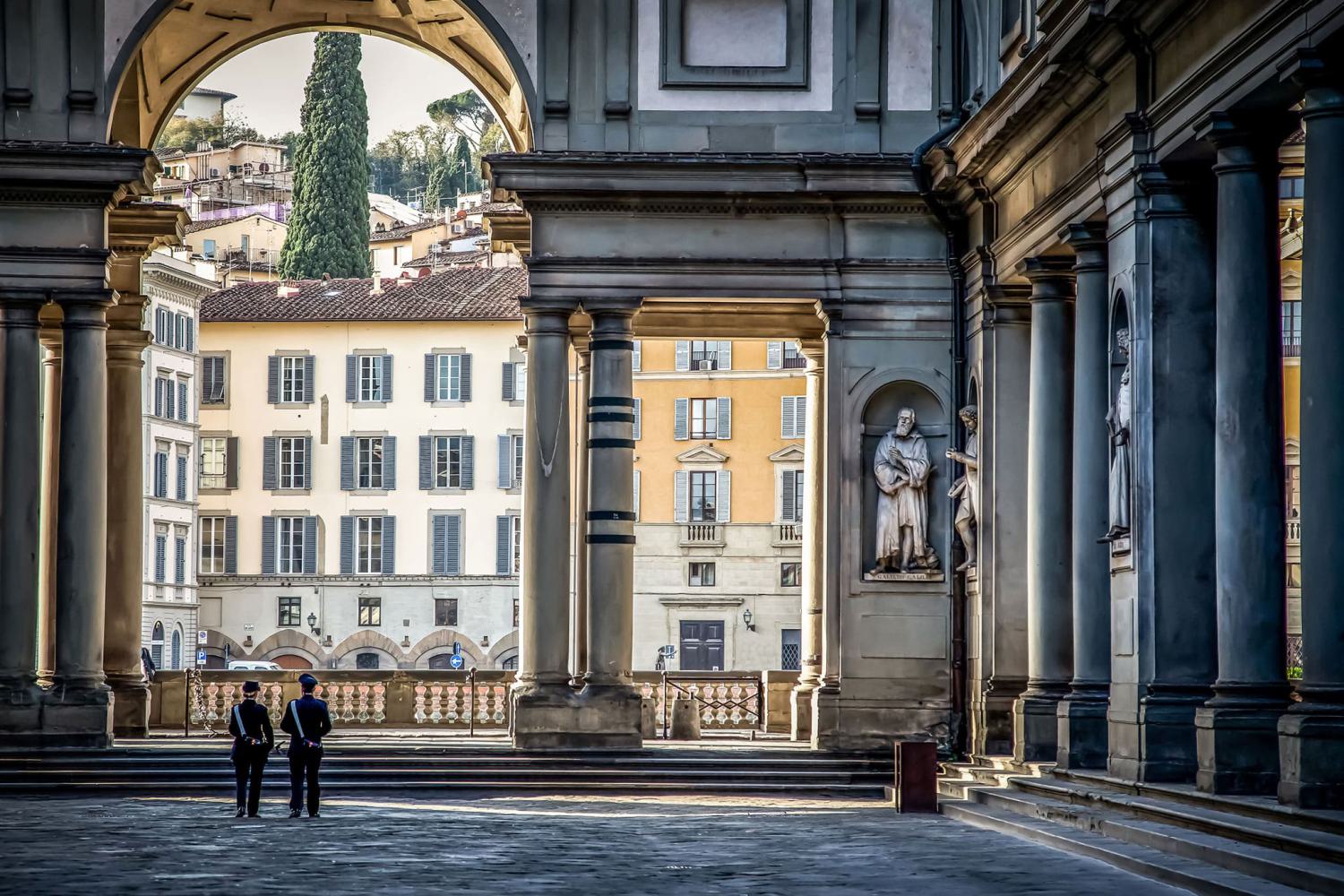 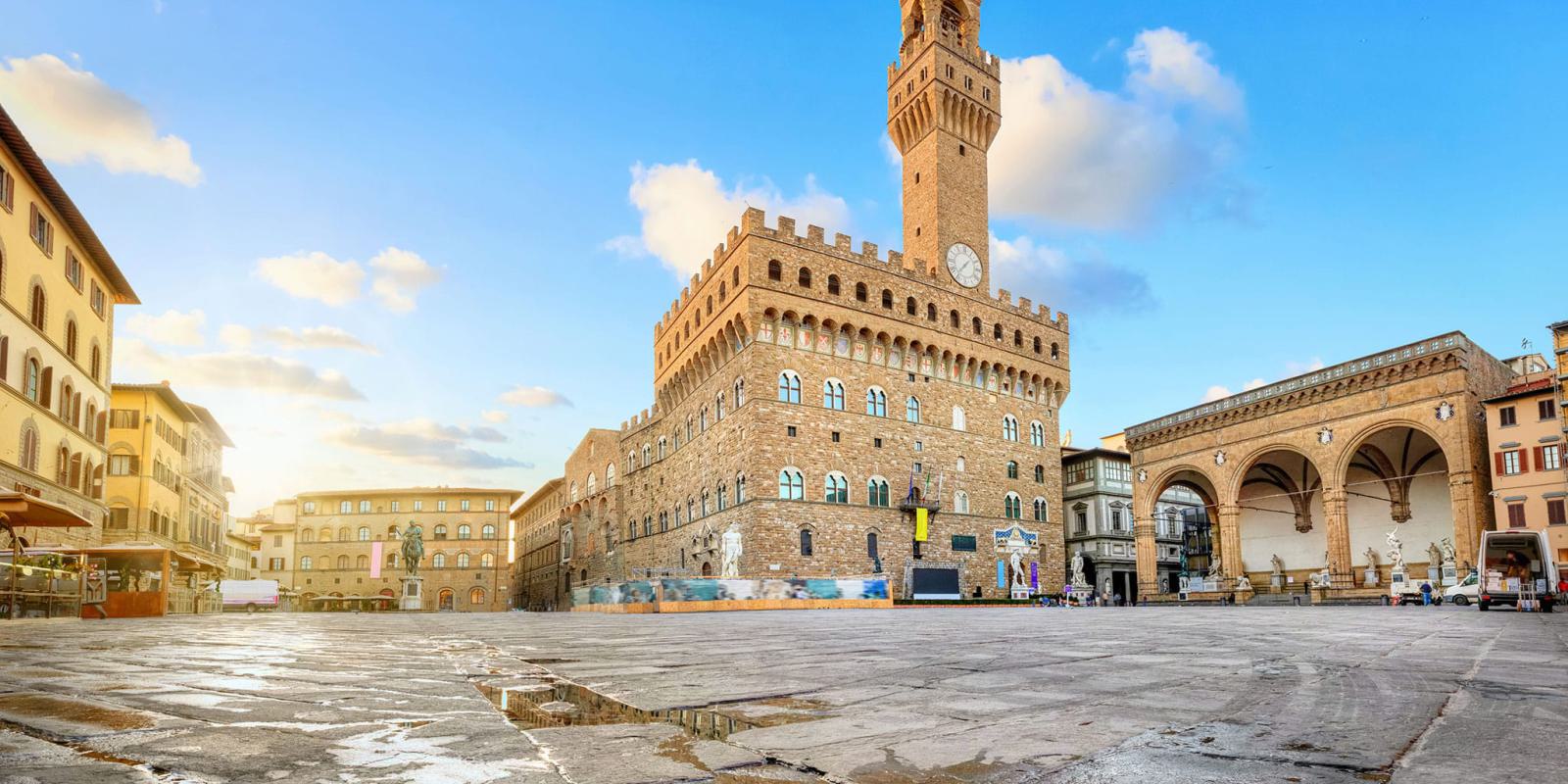 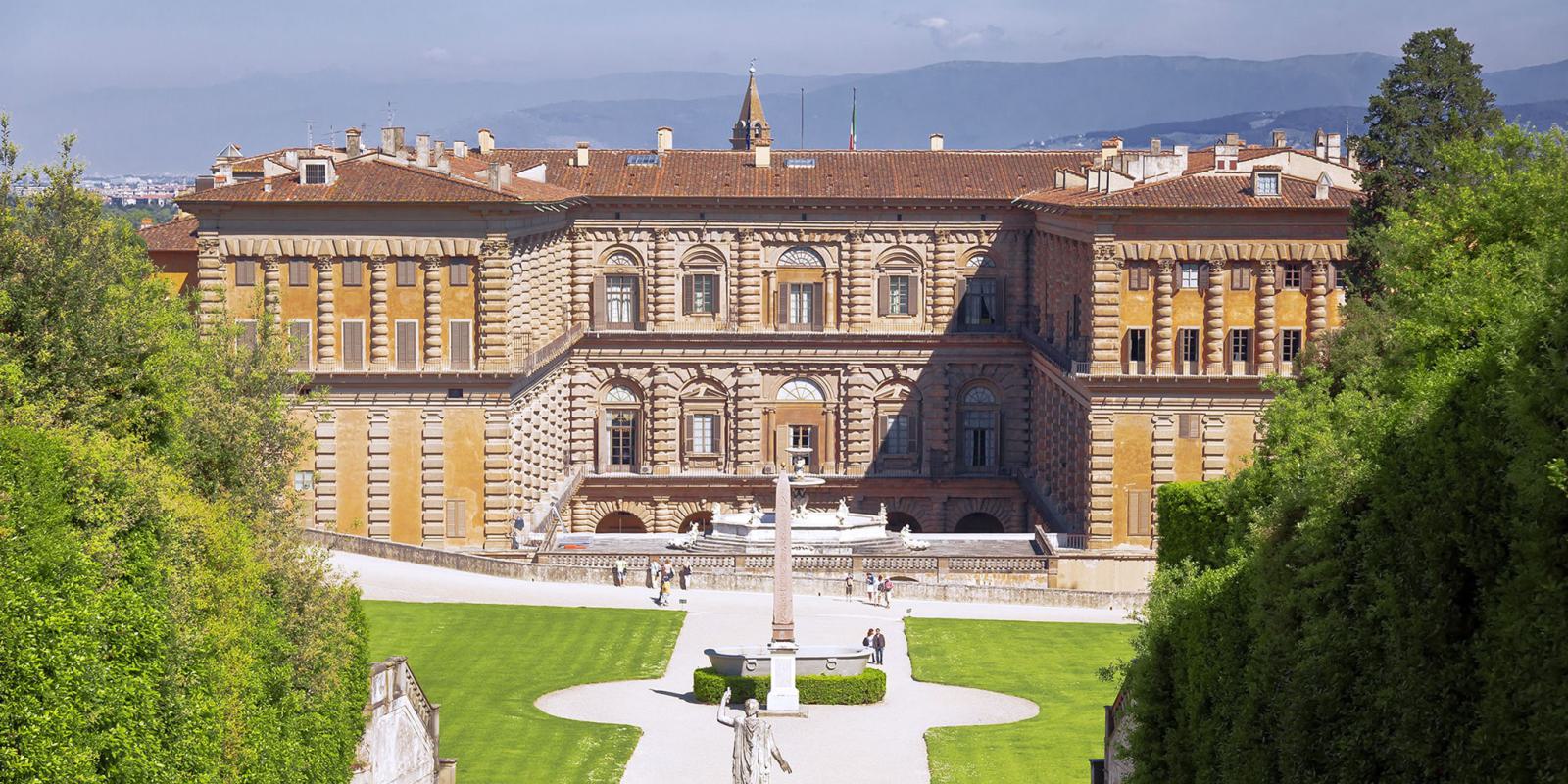 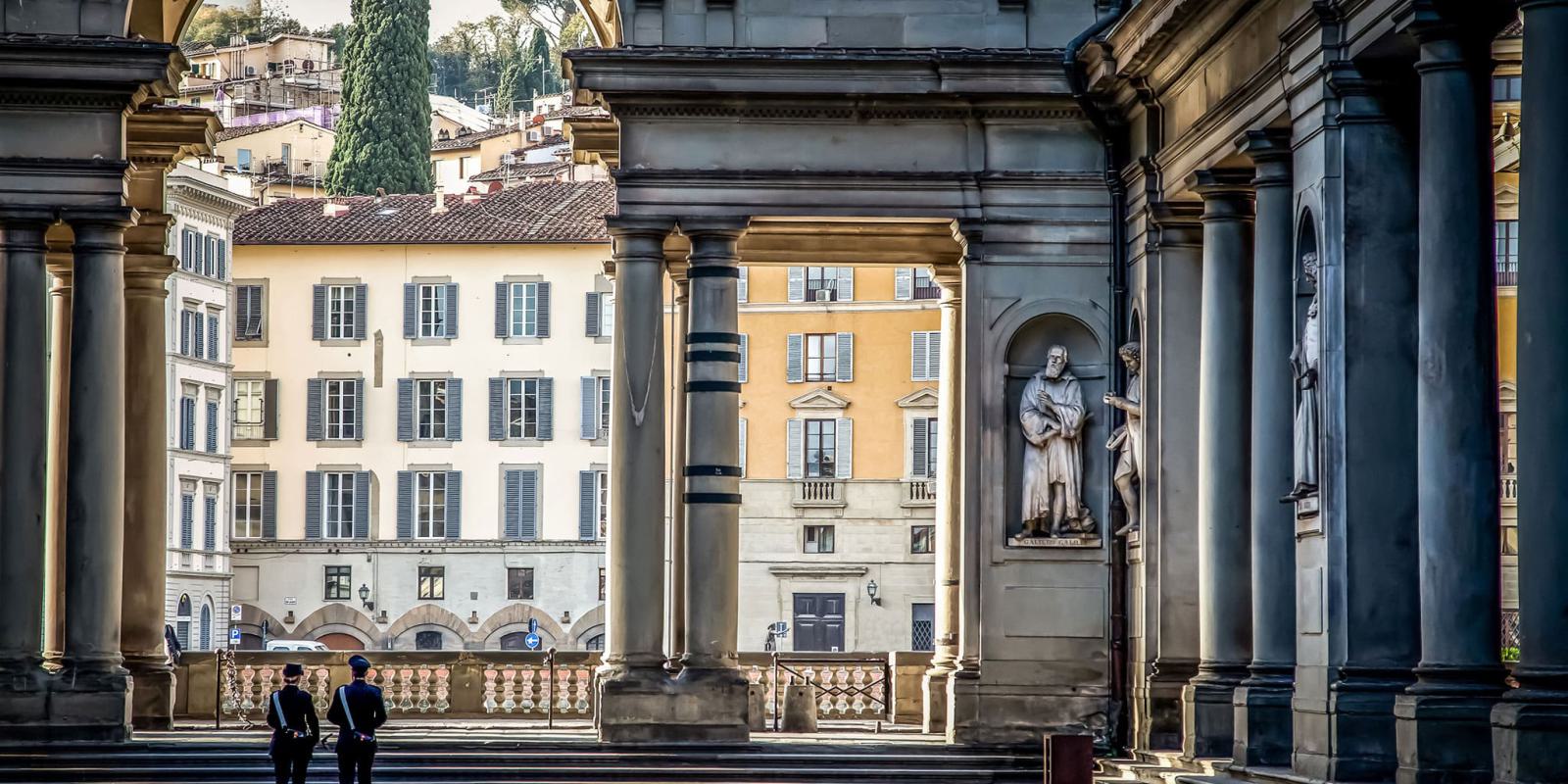 It is said that Florence is not (only) a city of art, but a work of art itself. And rightly so: even what may apparently seem insignificant in reality is not. For example, in the most elegant Piazza della Signoria, on a brick of Palazzo Vecchio, on the corner of Via della Ninna, there is an engraving depicting a male face. The figure was sculpted by the great Michelangelo Buonarroti himself who, at the sight of a condemned man, was moved by his sad gaze and decided to leave an indelible trace in one of the world's most beautiful squares.In short, if even the walls and floors of the historic centre could talk, they would have a lot of interesting stories to tell.Florence is a genuine open-air museum and the problem facing anyone who comes to visit this fascinating city is that they are spoilt for choice. "Where do I start from?" is the most popular question.

The Uffizi Gallery is definitely the most important of all the museums in Florence. It lies in the heart of the city and contains an unrivalled collection of legendary and highly valuable masterpieces.

The actual building is one of the most important examples of 16th century Italian architecture: commissioned by the Duke of Florence Cosimo I de' Medici, it was built by Giorgio Vasari, an art critic and one of the leading figures of the time in architecture and painting.

It is considered one of the most important museums in the world not only for the quantity of works exhibited but also for the artists who created them. No amount of time would be enough to appreciate, observe and admire them.

Sandro Botticelli, undoubtedly among the great artists, was one of the greatest exponents of the Early Renaissance, the artistic movement focused on expressing the beauty of classical antiquity. Among his most relevant works: "The birth of Venus" and "Spring".

How can we not mention Michelangelo Buonarroti? For him sculpture and painting had to merge together: the magnificence of naked bodies is captured in remarkable paintings such as the Tondo Doni, exhibited in the Gallery.

And then Raffaello Sanzio, the pupil who surpassed his master and Leonardo da Vinci, the absolute genius to whom an entire room of the Gallery is dedicated.
In addition to the aforementioned artists there are many others such as Caravaggio, Giotto, Tiziano and Andrea del Sarto to name but a few.

Palazzo Pitti and its Palatine Gallery

Another museum to visit in Florence is undoubtedly the Palatine Gallery of Palazzo Pitti.

Originally the residence of the Grand Dukes of Tuscany and subsequently of Italian Kings, the Palace is now the largest monumental complex in Florence. The Gallery is one of the Palace’s most beautiful halls and houses artistic Baroque and Renaissance masterpieces.

Here you can find the works of great artists such as Carlo Dolci, author of the"Madonna with Child" (or Virgin presenting the Child), Rutilio Manetti, and Jacopo and Francesco Dal Ponte, the brothers known as the Bassano’s.

The Vasari Corridor is an important architectural construction that connects the Uffizi Gallery with the Pitti Palace and the Boboli Gardens. As its name suggests, it was created by Giorgio Vasari as an escape route for the Medici in the event of an attack. It is rarely possible to gain access as it is often closed to the public, but if you are lucky enough to do so, even the least expert eye will not remain indifferent to this architectural masterpiece.

Medici Chapels Museum at the San Lorenzo Basilica
The Medici chapels, originally built as the burial place for the Medici family, are currently one of the most important museums in the city of Florence. They are located in a portion of the Basilica of San Lorenzo in the homonymous square, near the Cathedral of Santa Maria del Fiore. The Medici chapels represent one of the key points of Florentine history and art: the New Sacristy, designed and built by Michelangelo, and the Grand Chapel of the Princes, where the Grand Dukes are buried along with their relatives, are the main parts of the complex which featuresculptures and marble.

A secret room of Michelangelo Buonarroti has recently been discovered in the basements below the chapels where you can find numerous sketches of his masterpieces on the walls. The artist took refuge in this room for several months, due to possible retaliation by the Medici for having supported the government that had driven them out of Florence.

The Accademia Gallery is known above all for housing some of the most important works by Michelangelo Buonarroti; in reality there are only 7 works of the famous artist, but among these emerges the famous David by Michelangelo.

The Accademia Gallery not only houses Tuscan and Italian Renaissance works but also includes various styles and works from other nations such as a collection of Russian icons and, for classical music lovers, it houses instruments from the Habsburg Lorraine period such as the oldest existing vertical piano and a collection of Stradivarius instruments.

Palazzo Vecchio is not only a museum but is the symbol of Florence as the seat of the town hall. The building perfectly conveys the 14th century civil architecture of the city where, in its beautiful rooms, the greatest Italian artists honoured the history of the city. It is one of the world's most famous civic buildings where many aspiring couples hope and dream of getting married. Undoubtedly, the first thing you notice when you are in front of the facade is the Tower of Arnolfo di Cambio which, if you look at it well, is not perfectly centred between the battlements, a detail intentionally made for reasons of perspective. The tower is open to the public and can be visited as is the Hall of the 500, the largest hall not only in Palazzo Vecchio, but also in Italy for the management of civil power.

The Great Museum of Florence Cathedral

The Cathedral of Santa Maria del Fiore, better known as the Dome of Florence, is the most majestic religious architectural work in Florence, as well as being the symbol of the city. When we talk about the Dome, two names immediately come to mind: Brunelleschi and Giotto. Why?

Brunelleschi for the dome; a real architectural miracle, a masterpiece that has "survived" lightning, earthquakes and especially the passing of time. Brunelleschi's Dome is the largest masonry dome ever built and its beauty lies in its architectural perfection, which was achieved without a support base due to its size. Considering the means available at the time, many hypotheses arose, still not fully explained, on how its creation was really possible.

But what is the dome without its bell tower? Or rather, Giotto's Bell Tower, which is considered the most beautiful in Italy with its white, red and green marble. The Bell Tower and the Dome can both be visited allowing you to climb to the top where the view is breathtaking.

Finally, the Baptistery, also in Piazza di Santa Maria del Fiore, completes this architectural picture. It is one of the oldest Florentine churches that blends faith, art and history making it particularly fascinating.

Florence is a city full of resources and in many places, including those outdoors, children can enjoy themselves and have fun.

Boboli Gardens
The Boboli Gardens are at the top of the list of museums suitable for children in Florence. Why? With their statues, fountains with water features and hedge mazes, children can run and play hide and seek. Fun is guaranteed!

Buying tickets for museums in Florence

To visit the Museums, it is recommended to buy tickets online to avoid long queues in some cases. Uffizi tickets are also available at the Norcenni Girasole Village InfoPoint.

You can't come to Florence without visiting at least one of these magnificent works of art, so it's time to go backpacking and discover these unforgettable Florentine museums! 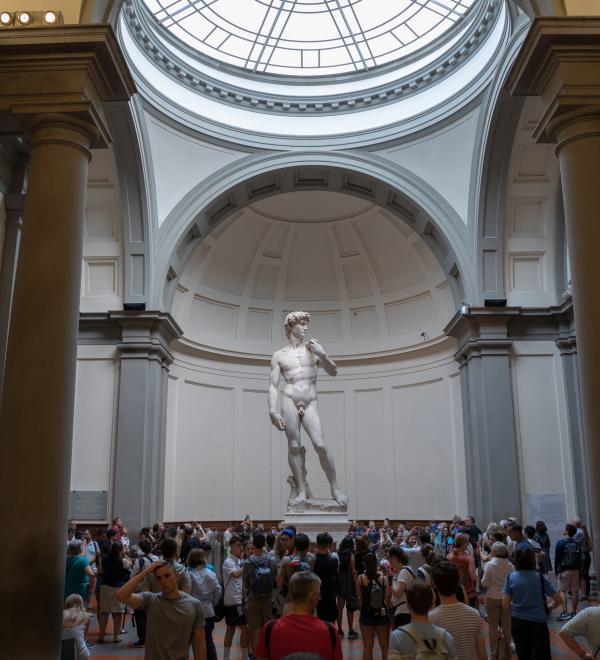 Everything you need to know, 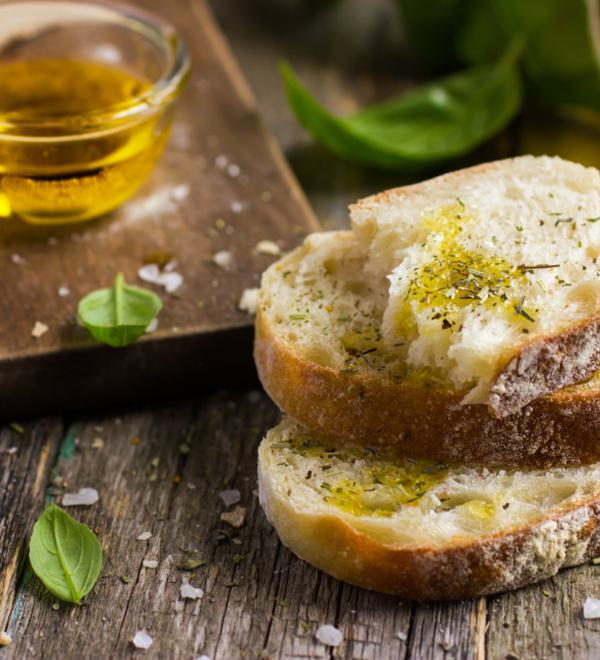